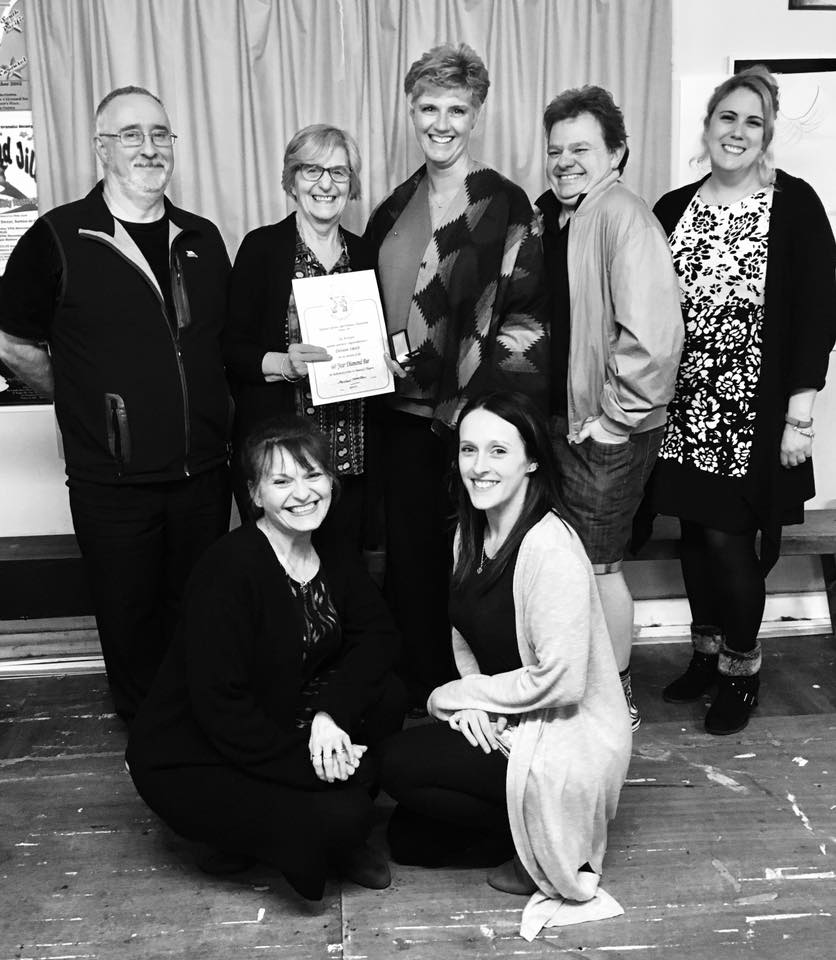 I had the pleasure of attending a rehearsal for Sutton’s Green Hut Theatre Company's’ recent Spring Concert, which was also doubled with being invited to present a 60 year (Diamond Bar) Long Service Award to Doreen Smith (pictured).  The photo shows Doreen receiving her award from Sally Holmes, Regional Representative NODA NE District 11, along with members of her family – her daughter, her son, her son in law and her granddaughter – who between them all have over 200 years loyal service to Amateur Theatre...and they all belong to the same Society – Sutton’s Green Hut Theatre Company.