Joseph and the Amazing Technicolor Dreamcoat

Joseph was originally written as a piece for children and after the recent, numerous tours with adults playing the various roles it was nice to see it performed as it was meant to be performed, by young people and what a fabulous ,energetic, passionate and fun show it was, from beginning to end. At the start of the show the Narrator walked through the auditorium and on to the stage and in a spotlight sang the Prologue. From then on and throughout the show, her delightfully pure and, when needed, powerful voice was outstanding and she had a real sense of story telling. It was a very impressive performance by Francesca Fleming in this extremely arduous role. Equal to this was Alex Wallhead as Joseph. He too gave an outstanding performance portraying the different emotions superbly. He is such a talented singer and his rendition of ‘Close Every Door’ was so beautifully and expressively sung it made the hairs stand up on the back of my neck. Joseph’s brothers were all great, some doubling up in other roles. There was a great chemistry between them, each one delivering a very creditable performance. Ewan Mason (Asher) and Daniel Mason (Simeon) were excellent in ‘One More Angel’. Ben Featherstone (Reuben) has a very good, strong voice and I loved his singing of ‘Those Canaan Days’ and he can dance too, as he proved when admirably dancing the Apache Dance with Sophie Baddely - those splits brought tears to my eyes! Another star performance came from James Day (Judah) his ‘Benjamin Calypso’ was superb. Potiphar and Mrs. Potiphar were well played by Connor Stanmore and Shauna Kimberley, both were also brothers, as was Zac Paling who doubled up as Pharoah and his ‘hip gyrations’ were amazing! Other supporting roles were played by Neil Hopkinson (Butler) and Connor Lovatt (Baker) they too, were brothers. The members of the ensemble were splendid, their energy and enthusiam was evident in both singing and dancing and the choir of really young children were absolutely divine. It was lovely to see them involved in the action and not just sitting at the side of the stage as is quite often the case. A simple set with excellent lighting effects, fabulous imaginative costumes, some nice props and a great eight piece band all enhanced this wonderful show. Congratulations must go to Dot Clarke - Director, to Melanie Gilbert - Musical Director, to Natalie Hollingworth - Choreographer and indeed to the whole team and cast for putting on such a terrific production. 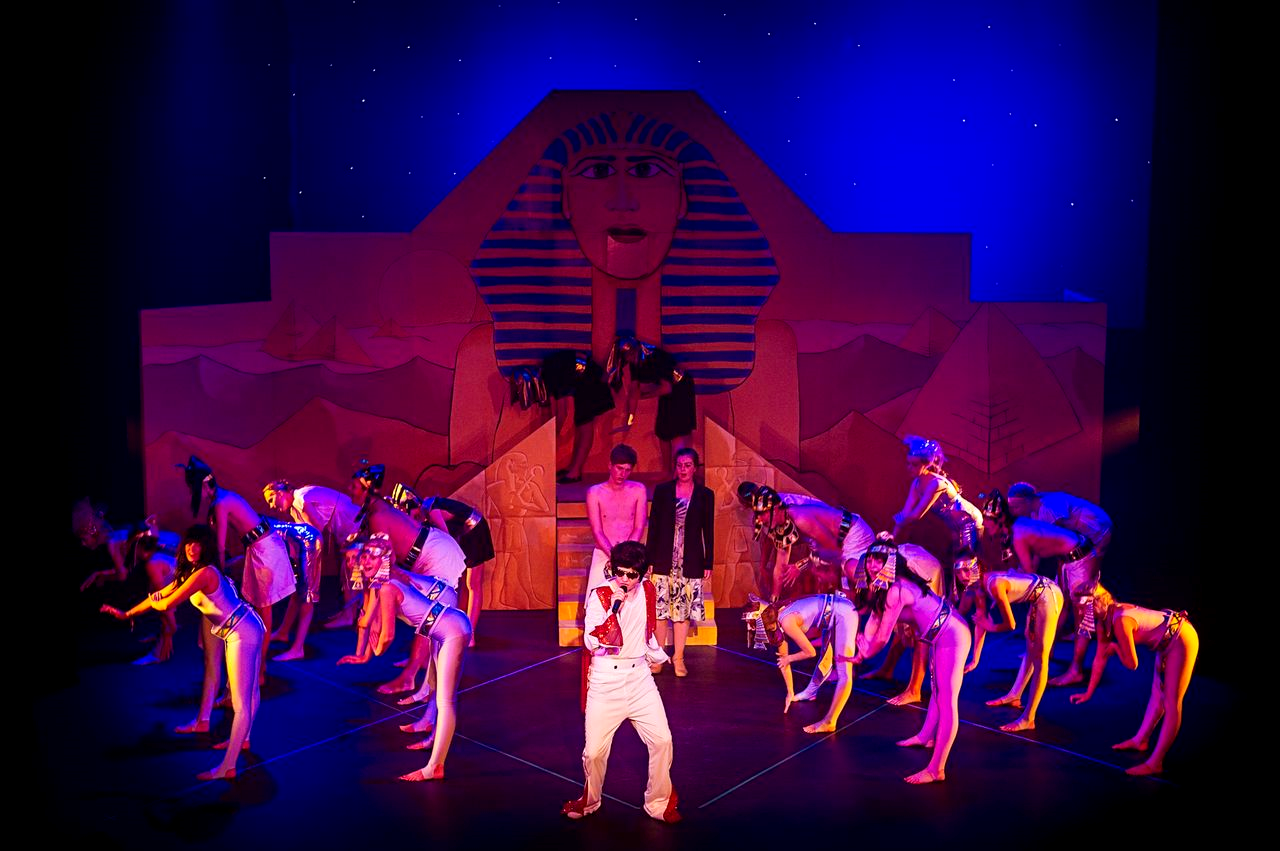