A delicious dollop of Comedy gold, beautifully gift wrapped by Guildburys and ready for you to open.

Mrs Horrocks’ class of seven-year-olds is about to perform their nativity play at Flint Street Junior School for the proud mums and dads – and the occasional social worker.

Into this explosive mix add she-devil Ashley as Gabriel (who really really wants to be Mary) playing power-politics with Jess and Angela.

Angela, meanwhile, has her own problems with a set of angel wings which threatens to outshine Gabriel’s. The Star grumbles he’s not a proper star like they have at NASA, Herod won’t stop waving to his mum and dad and Bradley as the increasingly subversive Innkeeper is determined to liven up the traditional script.

And then the stick insect escapes…

There are moments where you may wet yourself laughing. But it’s your own fault for not visiting the toilet first. 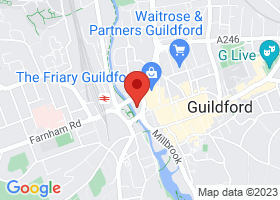