Based on the beloved holiday film, this hilarious fish-out-of-water comedy follows Buddy the Elf in his quest to find his true identity.

ELF The Musical is being produced by BLODS (Bexhill Light Operatic Dramatic Society). This society has been running since 1933 in Bexhill and has been producing high quality, non-professional shows ever since! 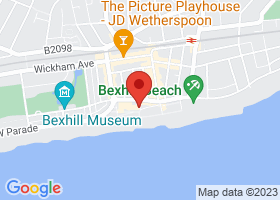